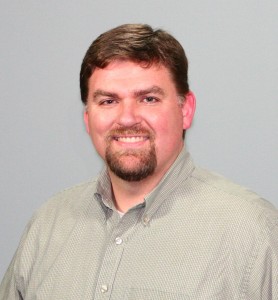 Taking on a denominational leadership role is a big transition. David Fuquay experienced this when he moved from being a campus minister at University of Florida to a conference staff role.

“You’re still working in the church, but the day-to-day work and how you’re living out your vocation changes pretty significantly,” he said.

He decided to take part in the four-day Denominational Leadership training to help him adjust to his new job as executive director of Board of Higher Education and Campus Ministry of the Florida Conference of the United Methodist Church.

“That’s what I was looking for, and I think I certainly found that through the program.”

Fuquay said one of the aspects he most appreciated was being in an environment “where ‘institution’ isn’t a dirty word.”

This is reflected in the Leadership Education concept of vibrant institutions “that don’t exist to create bureaucracy, but exist to generate space for others in the institution to thrive,” he said.

“I think being where that’s the tone — even apart from practical skills — was refreshing, and being able to get in touch with why the work I’m doing is important when it’s done well, and what does it look like when it is done well,” he said.

Fuquay said he didn’t need convincing that Christian institutions are important – he said it was the Annual Conference and the Conference Youth Ministry that really shaped him as a leader – but he appreciated the affirmation of his vocation.

In the time since he took part in Denominational Leadership in 2012, Fuquay also has nominated others from his conference to take part in the program. The Florida Conference has seen a lot of turnover, so many people are adjusting to new positions.

“One of the things I’ve always struggled with is finding the right kind of continuing education experiences that are substantive enough to be worth the time and the money,” Fuquay said. “It was good for personal development, but it was also just the environment of being with people of that caliber.”