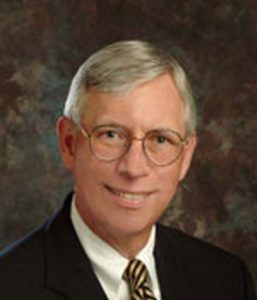 Craig Dykstra conducts research, writes, teaches and consults with current and future Christian leaders about ways in which religious institutions can flourish in their missions and ministries in the context of our rapidly changing society and culture. Since 2012, he has served as a senior fellow at Leadership Education at Duke Divinity.

He is an ordained minister in the Presbyterian Church (USA). In addition to working with Leadership Education, from 2012 to 2017 he was a research professor of practical theology at Duke Divinity School. Before coming to Duke he was senior vice president for religion at Lilly Endowment Inc., where he had served since 1989. Dykstra’s most recent scholarly work has focused on pastoral and ecclesial imagination, as well as Christian practices, as key concepts for thinking about what it means to live the Christian life, to organize the discipline of practical theology, and to re-envision the work of pastoral ministry.

He is co-editor with Dorothy Bass of “For Life Abundant: Practical Theology, Theological Education, and Christian Ministry.” His book, “Growing in the Life of Faith: Education and Christian Practices” was published in a second edition in 2005. He also contributed to and collaborated with Bass in the creation of “Practicing Our Faith: A Way of Life for a Searching People.” Previously, Dykstra wrote a book on moral and religious education “Vision and Character,” and was co-editor of a book of essays on contemporary faith development theory.